Message of H.E President Mahmoud Abbas on the Occasion of Christmas 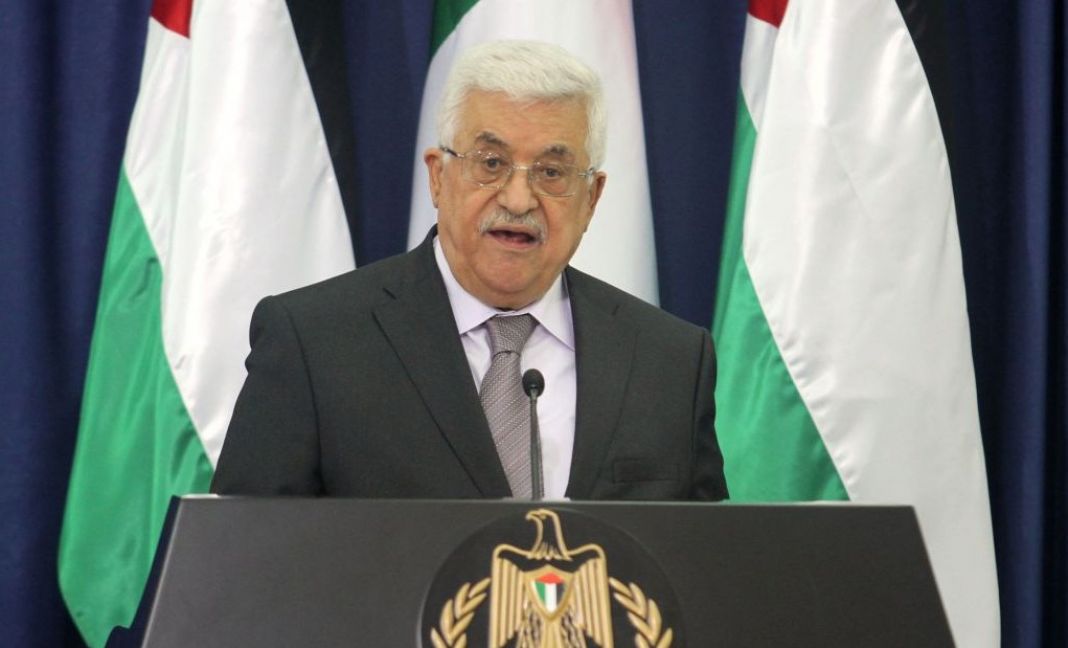 Office of the President

Christmas, a Palestinian call for hope and justice, is a unique message that we have been carrying generation after generation, as a precious treasure that began in Palestine and is celebrated all over the world.

We are about to mark 50 years of Israeli occupation, the longest military occupation in modern history. Bethlehem, the birthplace of Jesus, is an integral part of the occupied territory that has not been spared the brutality exercised by decades of humiliation, colonization and Apartheid. Jesus’ place of birth is a city now surrounded by 18 illegal Israeli settlements and divided by the illegal Annexation Wall, including the latest illegal Israeli steps to construct the Wall at the Cremisan Valley. Israeli occupation policies have cut Bethlehem’s connection with Jerusalem, both an integral part of the occupied State of Palestine, for the first time in 2000 years of Christianity.

Despite the Israeli occupation, our presence in our homeland and the preservation of our cultural and national heritage are the most important form of resistance in the face of the darkness of a foreign colonialist occupying power.

We extend our hands in peace and hope that the upcoming international Peace Conference in Paris will initiate a new track that will make of 2017 a year of freedom, justice and peace.

We are a nation that is proud of its social fabric. Christians have never been a minority in Palestine but an integral part of our nation. Some of the most glorious leaders of our national movement have been Christians. In many cases, we only knew the religion of our comrades when they were martyred and taken to a Mosque or to a Church.

I call upon local and foreign churches to pay attention to the message of Palestinian Christians, including the Kairos Document. We encourage all non-violent acts including legal, political and advocacy action to bring peace and justice to Palestine.

This Christmas, pilgrims will notice the works we have undertaken in the Nativity Church. The impressive beauty of the new icons that have been discovered in this Holy Site, will soon be open to visitors from around the world. This is one of the projects that we have been able to advance through our highly valued membership in UNESCO.

In this regard, we reject Israeli attempts at misleading the world regarding our right to preserve the sanctity and status quo of holy sites in Jerusalem, a city holy for the three monotheistic religions. We have also contributed to the restoration of the Church of the Holy Sepulcher, in Occupied East Jerusalem and we will continue to preserve our national heritage, including through the preservation of the historic status quo of all religious sites, including the Holy Aqsa Mosque Compound.

Soon I will be honored to visit H.H Pope Francis in the Vatican. We will undoubtedly tackle several issues of mutual interest, including the advancement of justice and peace in the region, as well as encouraging interfaith dialogue towards more understanding and respect. In that context, we reiterate our strong position that no Holy Book should be used as an excuse or to justify the commitment of any kind of crimes or violations.

We will also discuss the historic agreement between the State of Palestine and the Holy See as an example for the rest of the region on how to strengthen the presence of Christians and their institutions. Christians are the salt of this earth, and we don’t conceive a Middle East without its indigenous Christians. We will continue to cooperate with the Heads of Churches in Jerusalem, who are part of Palestine and its people, to advance these mutual goals.

We are committed to preserve the mosaic of Palestine, one where mosques and churches have coexisted for centuries. Measures to mute the call to prayer from Mosques, or failed attempts to divide Christians and Muslims, originate from those with a racist and colonialist mindset. Our region needs states that grant equal rights to all their citizens. We thus call upon the international community to prevent the Israeli attempts at turning a political conflict into a religious war. Furthermore, we call on all states to join us in condemning the orchestrated Israeli campaign of threats and incitement against various Palestinian and international civil society organizations and their programs in Palestine, the Holy Land, particularly against the World Council of Churches.

We invite everyone to visit Palestine. Do your pilgrimage in the Holy Land and support the steadfastness of our people. Our message of hope is a message of resistance. Our resistance is our presence. It is in Palestine where we are and where we shall remain.

We make use of this occasion to express our condolences to the victims of the latest terror attacks, including in Jordan and Germany.  We particularly extend our sympathy and condolences to the Egyptian Coptic Church, the Egyptian government and people who suffered from the terrorist attack against Saint Mark’s Cathedral in Cairo. I formed a high level delegation of Christian and Muslim leaders to travel from Jerusalem to Cairo to pay condolences to H.H Pope Tawadros as well as to the Grand Imam of Al-Azhar, Sheikh Ahmad el-Tayeb following this terrorist attack.

I would like to wish a Merry Christmas and Happy New Year to all our people. I salute our glorious nation, particularly our refugees in Syria and Lebanon, including Al Dbayeh and Mar Elia refugee camps, as well as those who will celebrate Christmas in Gaza and in our occupied capital Jerusalem. I salute our prisoners. The message of hope, the message of justice and peace brought by Jesus from a humble Grotto in Bethlehem shall prevail over the darkness of exile, colonization, unlawful imprisonment, and Apartheid.